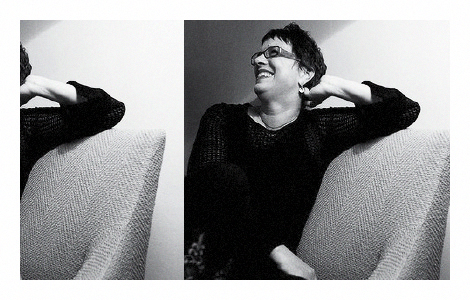 Who could have predicted what an effect a group of women talking about vaginas would have? Fifteen years ago, Eve Ensler, then a moderately successful New York playwright, opened the play she had been writing for two years, The Vagina Monologues. Drawing on interviews she had done with more than 200 women, the resulting monologues - delivered, over the years, by actors including Meryl Streep, Susan Sarandon and Oprah Winfrey - told of women's experiences: sexuality, abuse, love, birth.

But Ensler didn't stop there. Spurred on by the play's success - and by the stories women would spill to her after performances - two years later she created the V-Day movement. Mission: to end violence against women. Now, fund-raising performances of the play are staged all over the world and the movement has raised $85 million to fund women's projects, including an ambitious centre in the Democratic Republic of Congo to support women who have been raped.

Could Ensler have predicted its longevity and influence? "It's all been a wonderful mystery to me," she says with a laugh.

We meet in the busy bar of Ensler's London hotel. Those who meet her always comment on her megawatt charisma - "You don't just hook up with Eve," Glenn Close, who performed in the show, once said, "you become part of her crusade" - but she is less showy, less boisterous than that implies.

For years she had a sleek, dark bob, which made her look part comic-book minx, part warrior in protective headgear, but she lost it after undergoing chemotherapy last year following a diagnosis of uterine cancer. These days her hair is cropped short.

There is something childlike about Ensler, 58. Despite the horror stories she has absorbed from other women's lives - as well as her own struggles - she seems utterly without cynicism. As angry as ever at injustice but not worn down.

Her most recent work, I Am an Emotional Creature, was based on stories from teen girls. When it made its debut two years ago, she launched V-Girls to engage girls and young women. "They don't know what the word 'feminism' means but their desires are feminist - they want to be free, safe, have opportunities and leadership roles," Ensler says. "The trick is to find the language girls speak and support that, rather than say, 'This is an ideology that has gone on for years that you all need to support.' I'm a feminist, I grew up with feminism but I also think there's a way in which we need to shake things up so that we can push it further and in other directions."

With I Am an Emotional Creature, Ensler also noticed how ready men were to engage. She mentioned it to a male friend who told her, "Men have daughters; they feel they can actively be involved because they feel they can do something to change the destiny of their daughters' lives." Now there is a V-Men movement, "a cadre of men around the world who are stepping forward and saying, 'Ending violence against women and girls means something to me.''' "That is really exciting," Ensler says.

"Unless men are active allies, we'll never end violence against women and girls."

This approach won't endear her to radical feminists but then, Ensler has divided feminists already. Germaine Greer, who appeared in a British production of The Vagina Monologues, called it a "much-hyped and fundamentally unchallenging piece of buffoonish American hoop-la". Camille Paglia wrote in one piece that Ensler represented a "painfully outmoded branch of feminism" and described her as a "feverish charlatan and cultist" in another. About Greer, Ensler smiles and says she "felt sad but she has a right to feel what she feels. There is much she has done that I really respect. The older you get, the more you are aware that everybody has a certain way of seeing things, which they have to honour."

Ensler grew up in a wealthy New York suburb. Her father was a food company executive, her mother stayed home. In her 2007 book, Insecure at Last, written partly as a response to the US obsession with "security" after the attacks of September 11, 2001, but also as a memoir, she revealed the ideal to be an illusion. The reality was that her father physically and sexually abused her.

"I could never imagine life past 30 and I came close to making sure I didn't get there," she wrote.

In her early 20s, she was addicted to drugs and alcohol, getting clean when she met and married her husband and adopted his teenage son. In the following years, she worked as an activist for homeless women and in the anti-nuclear movement, and wrote plays that had some success. Then The Vagina Monologues brought her awards, money, fame, celebrity supporters and most importantly, she says, access to power and a platform.

Last year Ensler opened City of Joy, a centre in Congo that rehabilitates survivors of rape. The stories that have come from the women of this small central African country are unimaginable - women tied to trees and gang-raped for weeks; raped with sticks, bottles and even guns; women whose sons and fathers were forced at gunpoint to violate them.

The centre is home to 40 women who will have counselling and learn English, literacy and computer skills to become practised communicators and effective leaders. "It's the most joyful place I've ever been in my life," Ensler says. "In the midst of the worst circumstances, there is this city growing up and I really believe these women will be the future of Congo.

"The Congo was a turning point in my life. I had been to many places where women were suffering but the Congo was really shattering."

She says the Congolese women "got me through it" when she was diagnosed with cancer last year. "We were building and opening City of Joy and my part of the bargain was to find the funds, so I had to live to do that. In that sense they really saved my life, because I had to get up every day and keep moving forward."

Claims that life-threatening illness can be transformative often seem trite but Ensler, who says her prognosis is good, is convincing.

"It was the worst experience that turned into a really kind of wonderful experience," she says. "I have a lot of energy coming out of it and I don't really understand it. I also love being alive, it's fantastic - particularly when you come close to losing it. It was so momentous and so catastrophic that it changed me."

Her own experience of abuse, she says, "is deeply interlinked in what motivates me. I felt caught before in the rage and the drama and the proving myself and fighting my way out of [being] that 'victim' and that's over; that's not what's driving me any more. When you're raped, you are made to feel bad because you often absorb - literally - your perpetrator and it becomes 'your' badness. It has taken me years to exorcise that."

A little later she says, in a quieter voice, "I realised that if I continued to live thinking I was a terrible person and had to prove that I wasn't, I would die."

Ensler has big plans. Next year, for the 15th anniversary of V-Day, she wants to get a billion women - the figure comes from the United Nations' estimate that one in three women will be raped or assaulted during their lifetime - to come together, "to walk out of their jobs, to walk out of any situation where they have been violated, or just to walk because they were violated and to join with whoever". She calls it a "general strike on life". "If women stop, the whole world is going to stop - who is going to take care of patients, lead classes, run companies, lift things in the field, carry the children?"

Has she missed out on anything as a result of the life she has led? She sometimes thinks about what her love life would have been like "if I hadn't been cast as a radical, scary feminist. Then I think, well, so be it, I had a great love life."

After her marriage ended, she had a long relationship with the artist and psychotherapist Ariel Orr Jordan but is single now, which seems to suit her nomadic lifestyle - she has homes in New York and Paris but travels much of the year.

She seems cheerful when she talks of a "woman spring" in the making. "On my good days," she says with a sideways smile, "and there are many, I can see that it really is in sight. It was really the Egyptian women who led the uprising. We're seeing all kinds of women activists across the planet. I look at Agnes [Pareyio, the director of V-Day Kenya, who started two safe houses for girls escaping female genital mutilation] - she was exiled in her community and she's now running for parliament and has a strong chance of winning. Look at Dominique Strauss-Kahn - it's a terrible situation but 10 years ago that would not have been front-page news, he would not have been dragged off a plane. That's huge. That is tangible change. We haven't ended violence but we have built the mechanisms to begin to combat it. The next step is ending it."

When I go to shake her hand, Ensler hugs me instead. "We do hugs in V-land," she says. It catches me off guard but then strikes me as a very Ensler thing to do - warm, funny, barrier-breaking - and when I'm forced, out of politeness, to put my arms around this small woman, I'm struck by just how strong she feels.

Striking a blow for equality ... since The Vagina Monologues, playwright Ensler has had access to power and a platform.