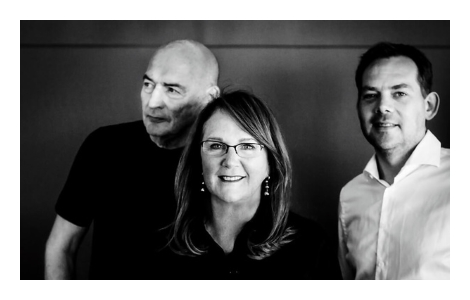 CASTLE IN THE AIR

For her fourth annual temporary events space in Melbourne, Naomi Milgrom has commissioned legendary Dutch architect Rem Koolhas, for whom the structure's transience is all part of the charm.

The most innovative architectural projects tend to be driven by the private sector. That's not to say that local and state governments are inept at commissioning standout buildings, but that the roadblocks to get there are so significant that they often have the effect of hindering the creative process. Legendary Dutch architect and urbanist Rem Koolhaas, of the Office for Metropolitan Architecture, says this is particularly the case in Australia. "You have this unbelievably rigid separation between the public and private sectors and the way they work together," he tells WISH. "It doesn't do anything to reinforce each other's strengths, and I think if the private and public were in more of a dialogue than debate that you would get a more complete composition in terms of the city."

Naomi Milgrom, the Australian arts philanthropist and owner of the Sussan Group, has brought Koolhaas to Australia as part of her annual architecture pavilion commission, MPavilion, which sits within the grounds of Melbourne's Queen Victoria Gardens. "We want to support people, projects and ideas that increase public engagement with art, architecture and design," explains Milgrom of her namesake foundation. "MPavilion brings this philosophy to life, not only in a local context but in a global sense, too, [promoting] Melbourne as the creative and design capital of Australia and a major cultural destination in the Asia-Pacific region." And, she adds, it's a catalyst for creative collaboration between the private and public sectors for the benefit of everyone. "It's about fostering new opportunities for collective creativity," says Milgrom.

A four-year program, MPavilion is a temporary event hub comprising free talks, workshops, performance and installations through the spring and summer months, and is each year designed by a different architect, with previous commissions by Sean Godsell Architects, Stirling Prize winner Amanda Levete and Bijoy Jain of Studio Mumbai. The results vary dramatically, altering the experience for visitors each time. Levete's design, for example, comprised a forest-like canopy of translucent petals, each of them 5m in diameter and just a few millimetres thick, supported by slender columns that swayed in the breeze. By night, the petals omitted a halo-like effect with the use of an LED strip forming the capital of the column. Godsell's, by contrast, represented a piece of flat-packed furniture: a box-like structure with panels that raised to reveal the space within, blurring the line between indoors and out.

"Having a different architect design MPavilion each year has enabled visitors to experience their surroundings through the different lenses of some of the world's best design minds," Milgrom says. "The architect is chosen on the basis that they have an extraordinary ability to encourage challenging debate and dialogue around design, and to make a meaningful contribution to urban innovation and the creative industries in Victoria." The projects often live on, too: Levete's pavilion now lives permanently at the Docklands end of Collins Street, while Jain's design will soon reopen within the grounds of Melbourne Zoo. A recent collaboration with the Google Cultural Institute allows viewers outside of Melbourne to tour the previous pavilions, fusing architecture and technology in the same way that major international institutions such as the British Museum and the Guggenheim have expanded their audiences.

It was, in fact, New York City's flagship Prada store, housed in the former site of the Downtown Guggenheim, that brought Koolhaas to Milgrom's attention some 15 years ago, when she travelled to the US in search of inspiration for contemporary retailing for her own portfolio of businesses. "The Prada store in Soho completely took my breath away," says Milgrom. "Every element was a work of art, and it was more than just a clothing store – it was a real stage for clothing. OMA and Rem's contribution to the cultural landscape – not only in architecture but also writing, research, graphic design, sociology, art and theatre – makes him one of the world's most provocative and influential architects."

With a portfolio spanning both private and public commissions, the 72-year-old Koolhaas is perhaps best known for his continuing relationship with Prada, one of the defining aspects of the luxury fashion brand that spills over into all of its projects. With the Prada Epicenter in New York (and later Los Angeles, Shanghai and London), Prada set a trend for conceptual store design, with Epicenters offering a unique combination of retail and cultural space. Indeed, the flagship New York Epicenter features a deep timber staircase that is reflected by a heavily sloped, skate-ramp-like wall. There aren't clothes in this section, either, dedicated instead to temporary installations.

"OMA has been one of our most important partners during the past years," says Prada's CEO Patrizio Bertelli. "With them we have developed avant-garde projects like the Epicenters, installations, exhibitions, studies and, obviously, the Transformer" – a temporary museum in Seoul, created by Koolhaas, able to flip its orientation to accommodate different exhibitions. AMO, the research and branding arm of OMA, is responsible for the design of the Prada show space for each collection presented as part of Milan Fashion Week, of which the brand presents four (spring-summer and autumn-winter for womenswear and menswear) and involves adapting the expansive Prada Fondazione, a converted factory space adjoining the company headquarters, used for the shows since 2000.

The show space's design often imbues the clothing with greater meaning, such as when individual blue foam blocks were spaced in a meticulous grid over synthetic green grass for the brand's spring-summer 2012 golfing-inspired menswear collection. Some concepts are more structurally ambitious, such as in 2008 when the space was filled with multi-layered timber platforms as seating, surrounded by a tall scaffold structure. As Prada's monograph notes: "A fashion show is a performance designed to speak the spirit of the collection, adding context, reference and meaning. This empty shell is continuously reconfigured to yield new architectural spaces, replete with film and video projections and unique sound environments to enhance the concept of the collection."

The Transformer was one of Prada's most significant cultural projects. The mechanical tetrahedron was covered in an elastic membrane and, over the course of three months at its location in Seoul, it flipped and shifted its shape to suit the exhibition it was housing, including fashion, film, art and architecture. As Bertelli explained, Transformer was created "to bring together, for the first time, the brand's diverse activities in culture, fashion, architecture, cinema and art in one space".

Like the Prada Transformer and seasonal show spaces, MPavilion is ephemeral – if not in its lifespan, then at least in the permanence of its location in the Queen Victoria Gardens, and according to Koolhaas, such projects provide an opportunity for spatial and social research. "Today, very few buildings last forever, and interestingly, more and more buildings are not even conceived with any sort of permanency in mind," says the architect. "Architects have had to become more modest because of the economy, because of design convention, because life changes so fast – all of these factors are anticipated in designs today, with many of our own buildings barely remaining for 25 years before being taken down. These [temporary] projects then become a really interesting domain where, for less money, you can explore complex ideas that feed into your broader practice."

For the MPavilion, Koolhaas has worked collaboratively with OMA's managing partner architect, David Gianotten, and dispatched a team to Melbourne for the months leading up to its unveiling later this year, to craft a structure that not only provides a space for design, music and arts events, but is itself built to perform. Taking cues from the ancient amphitheatre, in particular the historic Syracuse theatre in Sicily, the pavilion "blurs the lines between inside and outside, and between audience and performer", according to the foundation. The resultant structure can, according to Koolhaas, "constantly change. Certain configurations are completely open, while at other times there's a centrality to the thing – sometimes with a canopy on top, or open to the sky. It presents all kinds of possibilities for the programming."

Made up of two grandstands, one fixed and the other movable, the main infrastructure is encased within a floating roof, a 2m-high mechanical grid structure that alters to fit the format of the event. Surrounding the pavilion is a hill of indigenous plants that act to embed it more naturally within the surrounding gardens.

"What I love about OMA's vision is that it blurs the lines between inside and outside, with a rotating seating element that will allow visitors to be part of the surrounding garden and city as much as MPavilion's interior space," says Milgrom of the design. "The way OMA's pavilion is positioned in the Queen Victoria Gardens is really different to the past three MPavilions and we're excited about the opportunities that creates in terms of our cultural program and the kinds of people who might be curious to experience the space."

Milgrom's intention is to continually increase that audience base, too, extending visitation of the pavilion well beyond the architectural and design community. Previous activations have included children's events in collaboration with Polyglot Theatre, live music performances by the Australian String Quartet and LA-based electronic band Tropic of Cancer, and a graduate show of RMIT University's fashion students. "The cultural program allows us to bring architecture and design into the lives of the broader public," says Milgrom. This year, the foundation will host Living Cities Forum, a series of public events, in conjunction with the pavilion, bringing leading design minds from around the world to investigate the definition of "liveability", debating varying notions of what makes a city healthy and vibrant.

With significant experience with projects that promote civic engagement, such as the Fondazione Prada and Seattle Public Library – as well as 7000sqm New Museum for Western Australia, in collaboration with Australian firm Hassell, which is slated to open in 2020 – Koolhaas is well positioned to muse on the topic.

"Even with the most modest architecture projects, you are changing the world," he says. "I don't mean that in a pretentious way, but you are adding [to the built environment] and therefore effecting change, and I think most architects are really conscious that their work almost inevitably has social ambitions in that they want to make the world slightly different and, hopefully, slightly better. That's the view we take with the public buildings we undertake." Gianotten adds that these projects come with their own challenges, too. "The thing about public projects is that the user group is much bigger, and certainly not as defined, as in private projects, so you have an opportunity to orchestrate these encounters between people, and that creates more discovery in the design process."

MPavilion will be on display in Queen Victoria Gardens, Melbourne from 3 October 2017 – 4 February 2018.