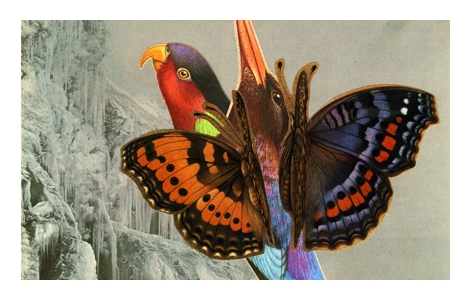 Could you elaborate on the meaning of the title of this year's Biennale You Imagine What You Desire and how the idea for it came about?

I wanted to somehow take account of the need to make art, and the need to come to art. To me imagination and desire conjoined establishes the connection between the possible (imagination) and the active pursuit of what is possible (desire). For me art is active philosophy, and imagination and desire have been twins in philosophical investigation since Aristotle. Art is and becomes evidential philosophy. In the title exists the artists' desiring, and the desiring and imagination of the audience, also. I believe audiences come to art to be a part of this amorous procedure of active desiring put in motion by the artist. And art, like any suitor, tries to make itself alluring, compels the audience to come to it. In some ways I wanted to acknowledge that excessive libido in art – not a sexy thing (well sometimes) but an excessive, sensational thing. So it is not so much a theme as an opening investigation which takes us into a number of places and ideas, as suggested before, now married to spatial itineraries and contexts.

My title You Imagine What You Desire, for me, bridges the art and audience to bring them together in the active pursuit of possibilities and the amorous procedures which, I believe, to be at the heart of the art enterprise.

Can you describe the process of curating this year's Biennale of Sydney and how you selected artists and works?

From the outset I determined that I would try to do this as genuinely as time permitted – really meet artists, spend time looking at works, to try and not think too much about the size of the event and concentrate instead on the curatorial process I enjoy, which is to develop a real relationship to what I am showing or commissioning. So I travelled extensively and I met a very great number of artists. It's been really a pleasure. Beyond that you start to create a sense of spatial encounter. At least I do. Here in Sydney we have very idiosyncratic, iconic and deregulated venues at our disposal, and so I developed schemes based on the character of those spaces. On the island: fantasy and feral, anarchistic energies; in the Museum and gallery spaces: air, earth water and fire poetics; at Carriageworks: the dream factory of theatrical and cinematic languages; at Artspace: flights of fancy; and in the city: navigations and activations.

The Sydney Biennale is one of the longest running exhibitions of its kind. What do you think the biennale in Sydney has to offer that sets it apart from other biennales the world over?

A variety of sites, scale, and a certain frontier territory that enables it to go boldly and a little feral. A huge audience willing to go the journey, and Sydney itself – a great city which has an 'avago' attitude.

How do you respond to critics who say that art shows like the Biennale are increasingly about creating spectacle?

I refer to Gaston Bachelard, quoting Baudelaire, who says the spectacle inspires inner grandeur. People (especially those still wed to the Guy Debord idea of the Spectacle) are inclined to think if something is spectacular that it is empty and without serious content. I don't actually agree with this, even while allowing that sometimes this can be so. In the 19th Biennale of Sydney there are, I hope, a number of spectacular things, but each of them has content, each of them has a relationship to an aesthetic, philosophical and political history, each of them seeks to engage the audience with those histories – sometimes using entertainment as a tactic.

The MCA will be hosting works by a number of high profile artists including video installations by Pipilotti Rist and Douglas Gordon, who was the first recipient of the Turner Prize for video. Could you comment on how you see video currently influencing the contemporary art scene?

Video is multiple at the moment. As the technology develops rapidly we are seeing artists freeing themselves from the rectangle, striving for the cinematic, using video as material that is pliable, using the portability of video as recording device and so on. Video has been a major tool for the explosion of many different art approaches and welcomes the company of sound, space and other matter. Since its emergence in the mid last century, video has been through quite a number of turns, and it's still evolving. It has great capacity towards the conceptual and the human narrative and I find it's still very exciting, and always different. But, interestingly, we are also seeing the advent of film emerging as a reinvented medium. Film is a much more considered medium and delivers very different results and we are beginning to realise the very different languages that film and video deliver. We see this in the Biennale also.

Einstein's statement 'Imagination is more important than knowledge' is a commonly referenced quote. In the spirit of this year's Biennale, what role do you see imagination having in our ordinary, everyday lives? And how can contemporary art teach us to more readily tap into our imagination?

We must imagine a future and we must remain motivated. This is the evolutionary impulse of being. I prefer poetics to didactics, for certain, and my quest is to bring people to art that has powerful resonance – or spirited encounters – so they can renew their desiring and imagination. It is easier to be didactic and even negative, but to me this is a capitulation to negativity, a kind of post-modern end. My quest is to open up potential again, and to not remain within the cycle of despair. We are in interesting and volatile times. In society we are seeking change and yet there is no evidence of improvements. There is neither zeitgeist nor paradigm shift at the moment, so we must make what we can out of the multiplicity of histories and hope that they spark some awakening in people. This is the reason I use a number of elemental metaphors – as do the artists I have selected. These things live deep in human consciousness and activate us in a deep psychological and physical way. We have to remain vigilant to not lose our imagination and capacity for thinking a future positive. But of course, we might take one little baby step towards imagination to be brought down by a harsh reality in the next moment. Everything is volatile and fluid right now, but I do hope people enjoy the Biennale and take what they will and can from it and that they feel its energy.

www.biennaleofsydney.com.au for information across all participating venues.