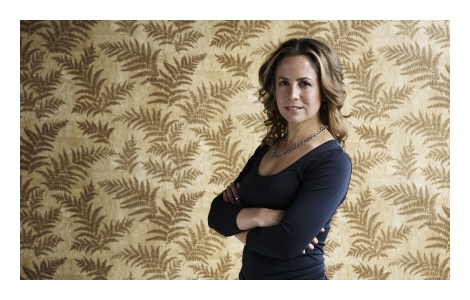 The Stella Prize chats with Clare Wright, Stella Prize-winning author of The Forgotten Rebels of Eureka, and a speaker with the new Stella Prize Schools Program.

Stella: What were your favourite books as a child and a teenager? What factors or influences shaped your reading habits?

Clare: My favourite book as a child was From the Mixed-Up Files of Mrs. Basil E. Frankweiler by E.L. Koningsburg. It's about a young girl in New York City, who runs away from home because she doesn't feel appreciated by her parents. She goes to the Metropolitan Museum of Art and hides in the bathroom after closing time. Overnight at the Met, she discovers a secret, which leads her to a journey of personal and intellectual discovery. I absolutely loved the idea of being trapped in a museum, finding hidden treasures, pursuing strange research leads. I can't recall exactly what happens at the end of the book, but I've basically lived my whole professional life according to those early fascinations! Recently I went to NYC with my family and visited the Met for the first time. I was insanely excited to be there and totally wanted to hide in the toilets but my kids told me it was a really dumb thing to do.

As a teenager I punched way above my weight in terms of my literary habits, binge-reading the entire works of authors like Tennessee Williams, J.D. Salinger, Philip Roth. I'm not sure whether I was precocious or just downright pretentious. I read authors that I thought were important and I guess I was drawn to narratives of the human psyche, though I'm not sure I really understood them. One exception was S.E. Hinton. I devoured every one of her works, just because I loved the writing, the themes of social alienation, the dark characters and the overwhelming sense of imminent danger. At some stage I realized that Hinton was a young woman, which made her achievement seem all the more remarkable, but I'm sure I didn't know that at first.

Stella: Did you mostly study books by male or female writers at school? Did any of these have a particularly lasting impact, or still resonate with you today?

Clare: I went to a single-sex high school that self-consciously aimed to empower girls. But I couldn't bear the books by female authors that we were expected to read: Jane Austen and the Brontës etc. I thought they sucked. Austen was too twee; Jane Eyre was so turgid I had to force myself to read 20 pages a night to get through it.

I did study a book in Year 12 English that made a deep impression at the time, and has had a lasting impact on me. It was Anne Tyler's Dinner at the Homesick Restaurant. The book is about an old woman looking back on her life and trying to make sense of why it all turned out the way it did. She has three children, and we get a sense of how each of these people has formed a different interpretation of their life story, though they experienced the same events. I was, and still am, really taken by that idea of competing perspectives; that there is no such thing as 'the truth and nothing but the truth'. The book is also a study in small domestic details, and to me that was a revelation: it is only from the fragments that you can piece together the whole. I haven't become a novelist, but I think I apply that approach to the way I write history. Start with the small stuff, and the big picture will reveal itself, slowly, and not without conflict and contradiction.

Stella: Are there any books you wish you had read when you were younger, but weren't introduced to?

Clare: My father was a book collector (read hoarder) and every room of his house was lined floor to ceiling with books, even the kitchen. I didn't grow up with him, so when I went to visit for a month every year, it was like walking into a library. I loved it. I would just lie in bed reading the spines of the books, savouring the way the titles shaped an idea, created an image. There was nothing on his shelves that I couldn't take down and dip into.

So access wasn't an issue, but I do wish the quality of young adult writing that we have today had been available when I was a teenager. I'm thinking of authors like Sonya Hartnett, A.J. Betts, John Marsden. Books that don't talk down to young people, or treat them like some lesser version of human, slightly daft and only interested in silly stuff (no disrespect to Judy Blume, who I adored for talking straight about boobs and periods and black kids moving into the neighbourhood. I recently read Are You There God? It's Me, Margaret to my own daughter, and it really holds up!). I also wish I'd had more exposure to books written by Australian authors. Were there any when I was growing up in the 1970s and 1980s?

Stella: How did your interest in reading and writing develop over time?

Clare: Because my parents were divorced, and my mum and I lived in Australia but my dad lived in Canada and all my grandparents lived in America, I did a lot of letter writing as a kid. There was no Instagram or Skype or Facebook, and international phone calls were an expensive birthday treat, so letters were the only way to keep in touch with my family. I can't remember a time when I wasn't writing. And because I was an only child until my sister was born when I was 11, I was always reading too. Books kept me company (OK – the TV did too!). So my reading and writing habits were encouraged by circumstance.

But apart from letters, I was totally lazy with my writing. I have never kept a journal. I didn't write for the school or university newspaper. I don't have a draft novel lying in a drawer somewhere. I wrote a PhD thesis because I loved history, not because I loved writing or thought of myself as a writer. That thesis became my first book, and it was only after it was published that I started thinking about how I might express myself creatively through the written word. My latest book, The Forgotten Rebels of Eureka, was my attempt to play with the language on the page while I communicated the results of my historical research. In that sense, it has taken me a long time to find my 'voice'.

Stella: What do you hope the benefits of the Stella Prize Schools Program, and the recommended texts will be for students?

Clare: When I look back at the books I read as a teenager, and well into my twenties for that matter, I realise now they were almost all written by male authors. I think I unconsciously internalised the logic that men wrote Important Stuff and their books were therefore more worthy of my attention. Because I took myself so seriously, and wanted desperately to be taken seriously, I thought I had to be able talk about that stuff, to identify with those ideas (and writers) that were supposedly significant.

What is wonderful about the Stella Prize Schools Program is that it showcases the work of such a diverse and talented pool of female writers, women who write about a whole range of subjects and issues, both through fiction and nonfiction, exploding the myth that there is a specific genre of 'women's writing' about 'women's issues' and that it is by implication inferior. The Stella Prize Schools Program demonstrates that books written by women deserve to be read for no other reason than that they are excellent, original, engaging, illuminating, energetic, intelligent and otherwise awesome. Hopefully girls in schools reading some of those books will feel not only inspired by what they read, but encouraged to believe that their own ideas, opinions and interests are intrinsically valuable.

Stella: What advice you would give to young aspiring writers?

Clare: Trust your instincts, follow your heart and press 'Command S' after every paragraph!